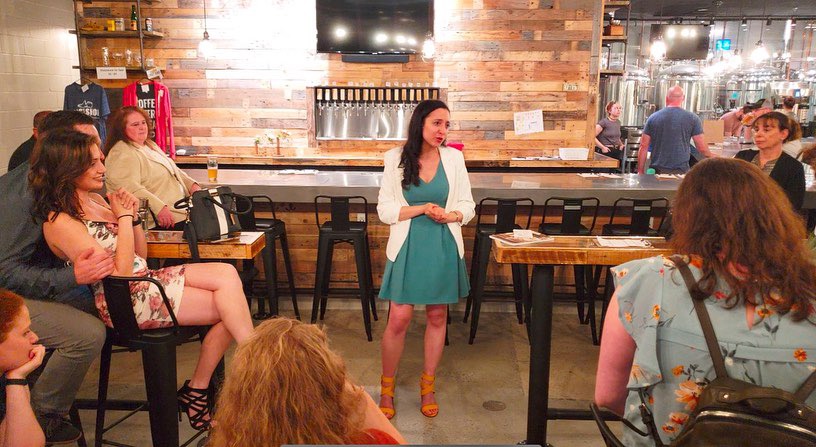 Don’t Talk About Change. Lead It: How Working in Civic Education Led Me to Run for Office

At 24 years old, I am running for City Councilor At-Large in my hometown of Marlborough, Massachusetts. If someone had told me two years ago that I would be running for office now, I would not have believed them.

I always thought of myself as an advocate, someone who wanted to learn everything she could about the legislative process in order to bring skills back to her community. That is how I have spent many years through college: gathering information and skills by interning in all levels of government at the state and federal level in D.C. and Boston.

And yet, little did I know that my collective experiences in organizing, government and advocacy would lead me to run for public office. For the past 2 years, I have worked as the FAO Schwarz Fellow in social impact at Generation Citizen. Generation Citizen (GC) is a civic education nonprofit working to strengthen our democracy by providing action-oriented civics education to young people that empowers them to make systemic change in their communities. The FAO Schwarz Fellowship is particularly unique in that it provides a two-part structure where fellows participate in both direct service and special project work at their host organization. Having this particular framework enabled me to see firsthand the civic education gap and actively work to improve the lives of young people in the Commonwealth.

Through GC, I became acutely aware of the need for local community involvement, especially from younger generations. Even when we hear about issues on a federal or state level, we must understand how they are impacting us locally and call on city officials to be proactive in providing the best life for residents. In GC’s programming, students work on a particular issue that they and their peers want to address on the systemic level. They do research on that issue, interact with elected officials and community organizations, conduct surveys and read articles. After selecting a policy goal, they implement an action plan to achieve systemic change in their community such as advocating for a state bill to restrict flavored e-cigarettes or increasing school funding for mental health resources for students. GC teaches young people that their voice matters and regardless of their age, they can change the policies impacting their lives.

In addition to a deep commitment to public service, running for office requires a core focus on relationship building, knowing the residents in your community so that you can collaborate on ideas for the city and help connect them to resources. This is a skill that I honed in overseeing college volunteers across Boston, supporting teachers in their advocacy research and building rapport with our incredible high school and middle school student leaders.

The students who participate in GC’s programming  accomplish so much on the local level, demonstrating that the local elected officials they interact with are those whose decisions often have the most profound impact on residents’ daily lives. Personally, I am deeply impacted by the framework our organization uses, which teaches youth to analyze root cause and assess change from a systemic policy lens; a framework that I prioritize in my campaign and will continue to rely on if elected, as a City Councilor. My time as an FAO Schwarz Fellow even pushed me to become more locally involved in my city, becoming appointed to a city board and prioritizing intergenerational coalition building within social movements and local government.

In my special project work, I was at the forefront of systemic change in supporting the passage of the landmark MA Civics law in November. I helped organize lobby days, collaborated with an array of civic organizations in a coalition, and made calls and met directly with elected officials in MA to ensure its passage.  I was able to witness the impact of a bunch of concerned citizens in the making as we galvanized a movement of civics in the state. My experience collaborating with various parties to build long-term coalitions will help me when working with 10 other Councilors and interacting with city departments. Civic education and nonprofit work also taught me to be extremely flexible with changing circumstances, innovative in addressing challenges with limited resources and bold in trying out new things. As a City Councilor, I will be creative in how to tackle issues in the city and prioritize civic engagement.

The biggest thing I have learned from my time at GC is the incredible potential formed when we break down the barriers between school, community and government. To move our city forward, it is vital that we invest in civic education within schools and getting to know our local officials.

This is the power of the FAO Schwarz Fellowship: to give you the opportunity to work at an organization that exposes you to both how our education is impacting students on a micro-level and the large scale impact nonprofits can have through coalitions and advocacy work. Not only did I have the support of my organization, I also had mentors along the way and joined my cohort of peers at retreats to support my professional and personal growth. Having these moments to pause and reflect on my goals and why social impact work resonated with me, pushed me to see that I too was a young person eager to improve the lives of people in my community.

As someone who cares about getting others in the community to fully engage, I, myself, want to fully engage in civic life and our democracy. Given my strong belief that young people should be involved in government, I knew that I needed to be vulnerable enough to seek an elected position in local government myself. My time as an FAO Schwarz Fellow at GC enabled me to see that I can make an impact in my community right now, and that we need more young people within government. When we have a diverse array of voices that are representative of the various experiences and demographics within our cities, we have a more effective local government.

GC’s motto “Don’t Talk About Change. Lead It” has never rang more true than it does today. We need more young people involved in government and we need them to run for office. The question is, when will you run? 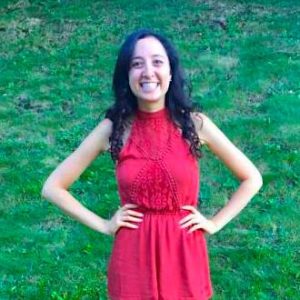 Samantha Perlman is the 2017-2019 FAO Schwarz Fellow at Generation Citizen in Boston. In 2019, she won the race for City Councilor At-Large in her hometown of Marlborough, Massachusetts, at the top of the ballot.

Manage Cookie Consent
To provide the best experiences, we use technologies like cookies to store and/or access device information. Consenting to these technologies will allow us to process data such as browsing behavior or unique IDs on this site. Not consenting or withdrawing consent, may adversely affect certain features and functions.
Manage options Manage services Manage vendors Read more about these purposes
View preferences
{title} {title} {title}